-king of the hammers- 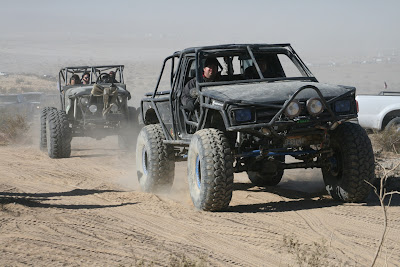 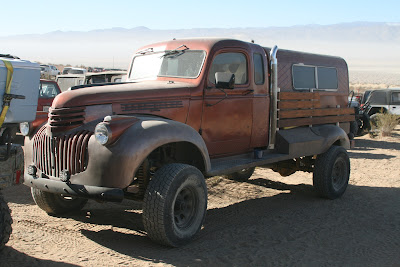 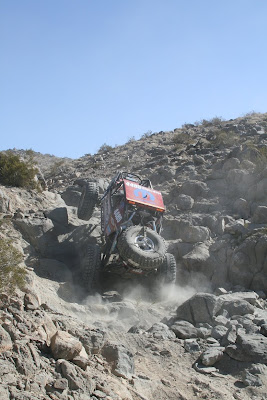 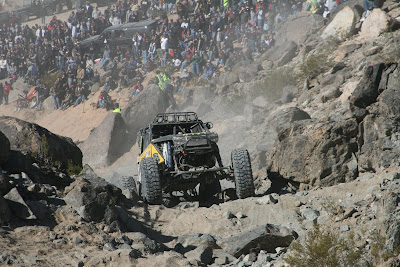 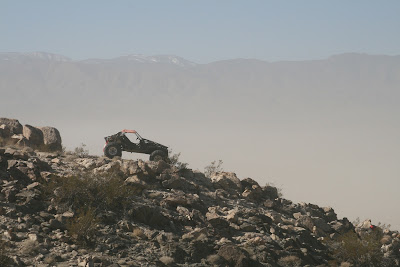 Theres one thing I've always been into and thats old 4X4's.
Not the new Superduty disco trucks you see driving around town that never leave the pavement but the classics like early Bronco's, Scouts and Jeeps. Another thing I've been into is rockcrawling which to most sounds pretty lame but in reality is one of the most intense things to witness in person. It almost seems impossible some of the things these guys can do with a car.

Today I went to the King of the Hammers race in Johnson Valley and managed to take a couple pics before my camera died. The whole idea started in 2006, its a new style of racing combining rockcrawling and open desert racing in one event. If you ever get a chance to go, do it. People just beating the living shit out of their trucks. So much insane just stuff driving around too, it feels like you're in a Mad Max movie.

Labels: sorry it cant always be about choppers