Richmond is for lovers... 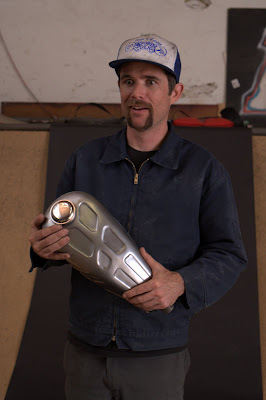 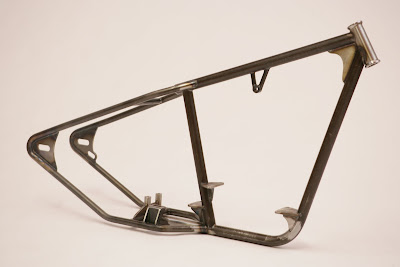 Brandon is probably the most talented guy I know of when it comes to playing with metal. I learned alot early on just by hanging out in his garage and studying what he did. Ever since he moved up to Richmond he's been holed up in his cave working on some new stuff for Mullins. He's making these killer single downtube frames that are reminiscent of the old Motorshop frames but are just tightened up in all the right places. I've already got plans for a bike I want to build with one of these. Now normally I'd say "everybody go buy one of these frames" but I don't know this time because the more frames you buy, the less time he'll have to finish his panhead.
.
.
.
fuck it, buy everything
Mullins Chain Drive
Posted by jason webber at 9:17 PM