Brazil in no particular order... 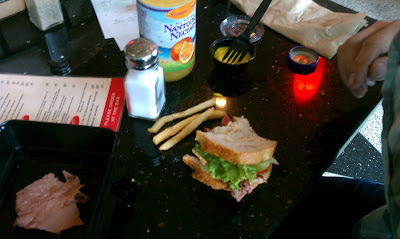 Matt had way too much faith in South American airport restaurant cleanliness. 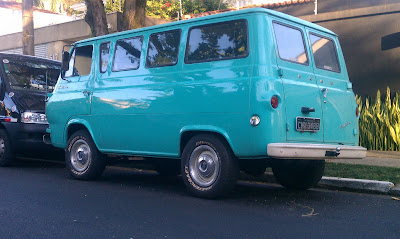 Daniel was such a nice dude and had a really cool van. He took me and Dean for a ride in his old 68 Mustang with a gnarly built 390 and Muncie 4 speed. He had us both holding each other, scared shitless in the back seat as he spun tires through all four gears through sketchy brazillian neighborhoods. Fishtailing going 75mph down car lined residential streets barely wide enough for 2 cars was pretty intense. I'll never forget that one. 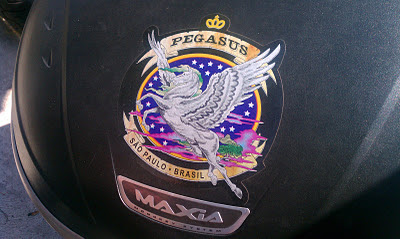 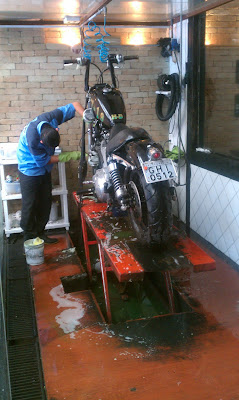 Apparently bike washing is big business down there. We went to a couple different bars that doubled as bike baths and bikes were flowing in and out like crazy. 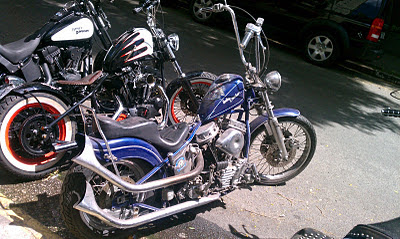 This Panhead has been there for years. It's been modded with disks all the way around to handle the insane driving conditions down there. Pure chaos on the roads. I'm pretty sure that if you're on 2 wheels the rules of the road don't apply to you because I saw some crazy moves by those motorcycle couriers. The ambulances were splitting lanes just to scrape these guys off the pavement because they drop like flys according to the locals...crazy stuff. 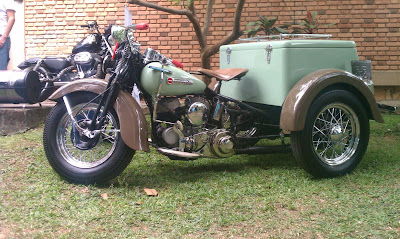 This flatty trike was my pick for best restoration. Beautiful bike. 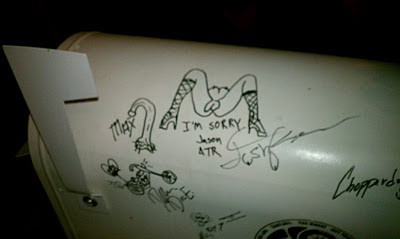 There was alot of laughter this night. I wouldn't even know where to begin. 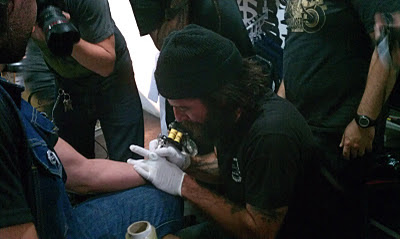 Max etched his mark into Paulo's arm...Me and Dave gave it a shot too. I think he was a little worried but honestly, moments like this is where its at. These are memories you'll never forget. 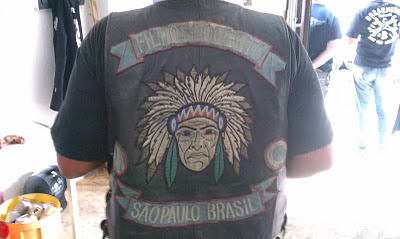 This was a cool cut. "Sons of the Wind" He was one of two guys that I met down there who happened to be at the original Woodstock in 69. 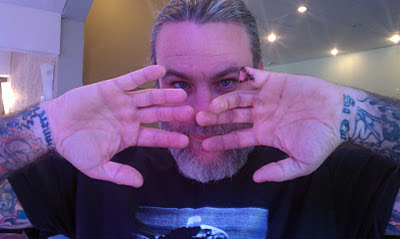 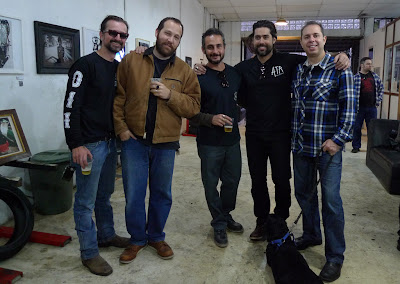 
I only took a few crappy phone pics and kind of regret it. I've got more stories than I do pictures, thats for sure. It was an amazing trip and I just want to thank Paulo and Eddie for doing whatever they did to get us there and make sure we were well taken care of. The show was a success and a ton of bikes and people showed up which leads me to believe there will be another show next year. 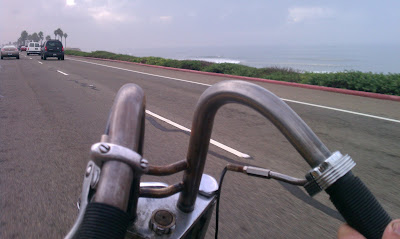 After all the bike stuff and no riding I was lucky enough to get off the airport shuttle and go straight to my bike which I left at Wills..Rode down the coast for a while to get some breakfast before cutting inland to my house. Good to be home.