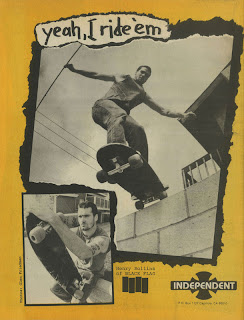 nothing crazy this weekend.... 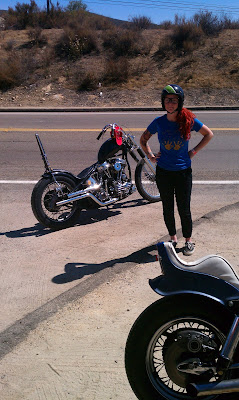 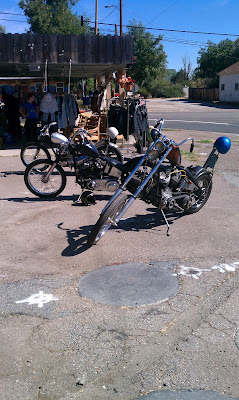 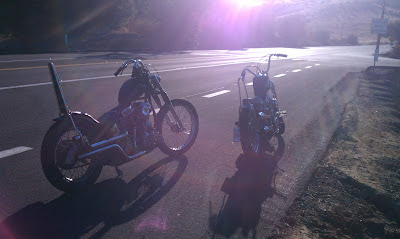 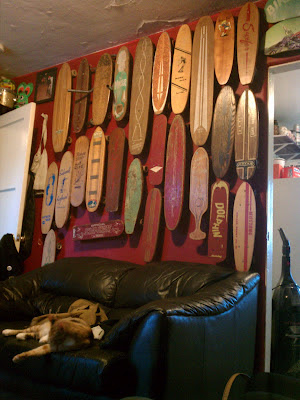 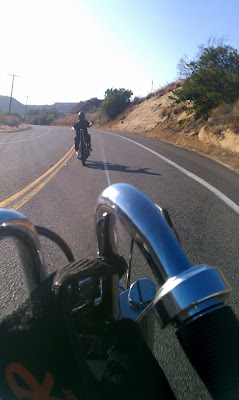 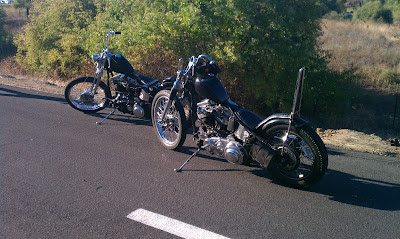 This little chopper world we all live in is really just that....small.  I think it's rad that there is so many people out there with something to offer.  Whether its products, shirts, knowledge or just good vibes, we're all pretty lucky to have as much access to it as we do.

Tim and Clarke are part of a small number of humans trying to capture all of this for the rest of us to enjoy. This video isn't just a good sample of Born Free through their eyes but also a little insight into what keeps them doing what they do.

We're all "little guys" so support those who support you...
Show Class
Posted by jason webber at 11:39 PM 3 comments:

Watch this and be stoked.

No brakes, no pegs...just a whole lot of haulin ass.

Labels: bmx saved my skateboarding, COAST, I still skate, skate or die, some of the best dudes I've met were on 2 wheels 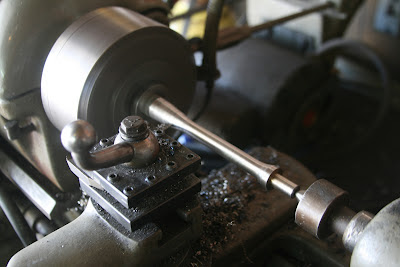 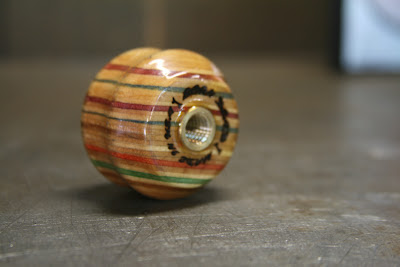 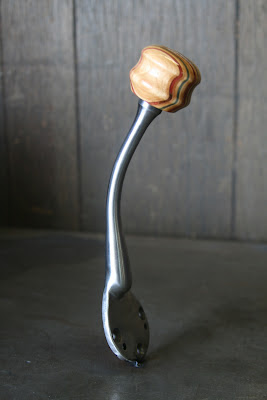 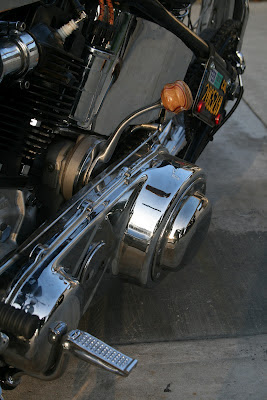 The guys at Born Dead gave me one of their cool recycled skateboard shift knobs at Born Free and I wanted to do it justice rather than the generic flat jockey shifter I had so I whittled this little thing the other day.
Posted by jason webber at 11:24 PM 5 comments:

Labels: I practice in the shower, lift 'em don't shift 'em, pony up, skate or die

Got a bunch of emails today about the pegs being sold out and how some of you cannot possibly live without them. We will not be held responsible for any attempts in taking your own life. We are in the process of making more, please be patient and don't do anything drastic.
Thank you,
Lower Level Management of ATR 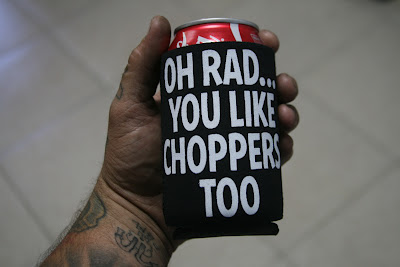 Besides the pegs, we have an assortment of these in the store too...
Thanks to the feedback we received at the 4Q research and development facility,
I believe we've found the perfect collapsible koozie that won't tip over in a slight breeze.

Labels: get me some rubbers.....the big ones. 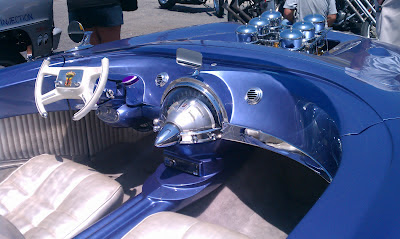 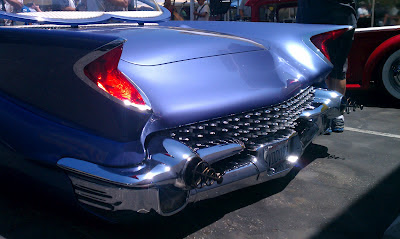 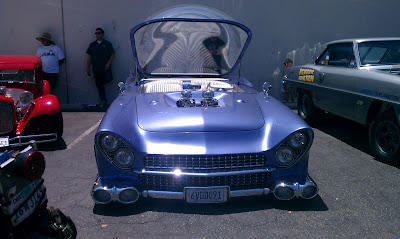 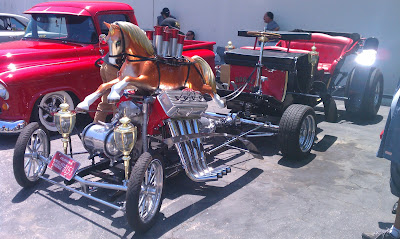 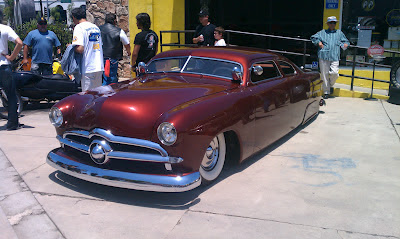 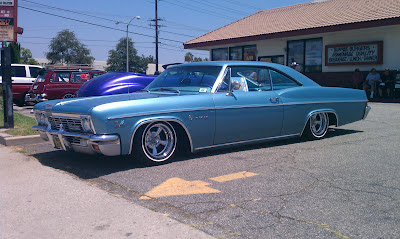 just a couple from today. I was on dad duty and my daughter Maggie wasn't feelin the heat so I snapped a couple with me phone real quick and ducked out. There was alot more to see than this, I'm just lazy....maybe next year.
Posted by jason webber at 11:40 PM No comments: 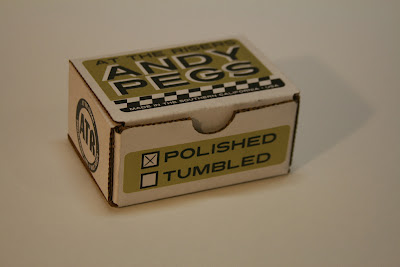 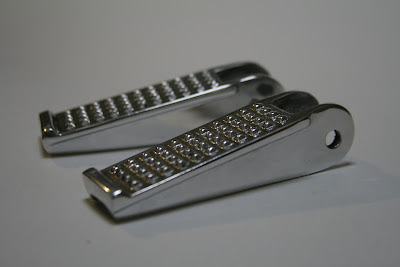 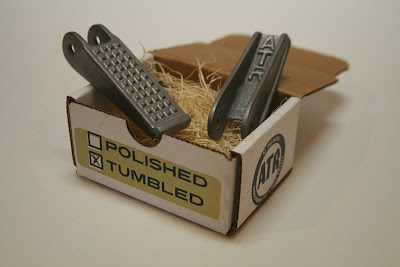 I casted a few of these a while ago just for fun and a few people have hit me up since then so I decided to make a bit more this go around. They're about 1-1/8" shorter than Andersons and available in either polished or tumbled. We also decided to make a box for no other reason than to give you something cool for your shelf to put drugs, rubbers or change in.

Only making a limited number, should be up in the store tomorrow. 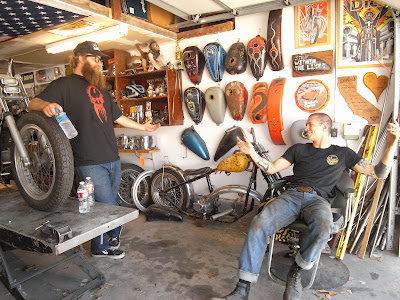 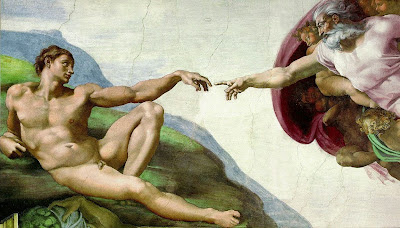 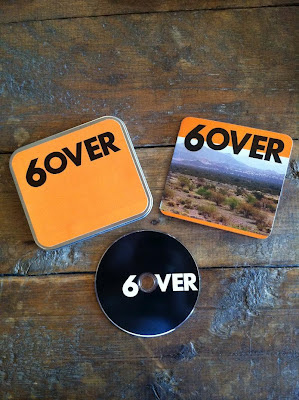 Michael and Davey worked pretty hard on this.
I did nothing.

Buy it so Davey can get a new head for his Triumph.
6over
Posted by jason webber at 1:59 PM 4 comments:

Labels: chopper gobbler, hollywood squares, I sound like a retarded 12 year old girl plugging her nose, we are seriously serious

This years Born Free show was gnarly. The place nearly filled up by 11am with some of the coolest bikes in the country. The invited builder bikes were on a whole other level...Max's bike turned out so good, he received my personal award for best chainguard. The fab work and finishes on Brandons shovelhead was something to behold, one of the best. The Wretched Hive's Jeff Leighton and Dave Polgreen both brought bitchin rigs. Matt Olsen's Knuckle got him a free trip to Japan and what a Knuckle it is. Basically everybody killed it on such a high level it was just too hard to take it all in and I tried to, trust me. Oh yeah, I got best Knucklehead for my 47 which I still don't understand but awkwardly accept haha. It was rad talking to outta town friends and new friends, still one of the best things about these bikes is the people behind them.

Mike and Grant really put alot of time and effort into this event and it shows, thanks guys. 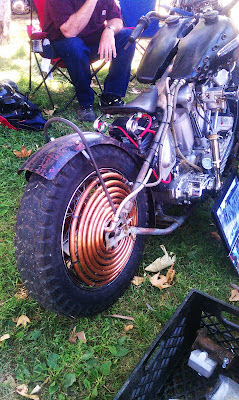 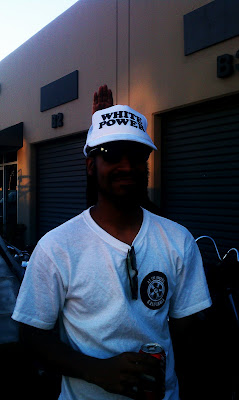 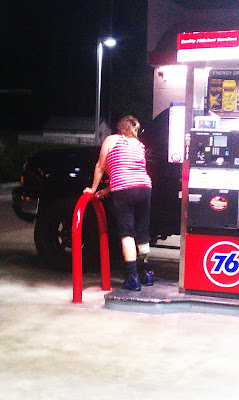 This seamingly homeless lady with a fake leg was doing some funky booty dance for the old mexican dude pumping gas in exchange for money which he would not give her.


My phone won't cooperate with me so these 3 photos are the only thing I have to show for my day at Born Free, enjoy.